Two thousand years in 200 meters and two Pizzerias in tradition and quality with more than half a century behind: This, at a glance, via Arena Health, that will surprise you for the concentration of architectural history and layered even underground.

We start from the oldest evidence. In Hellenistic and Roman (Fourth century. C.) health care was a place considered sacred and used as a burial of their loved ones from noble families. In the subsoil of the area you are welcome to visit, hides a real Hellenistic burial ground, a small part of what you can find out by accessing it from via S. Maria Antesaecula Street, a few steps from via Arena. Always under the via Arena was excavated, recently, Another interesting testimony of ancient Naples: a stretch of the aqueduct of Serino, built at the Augustan age (The first century. C.), that brought water from the mountains of Avellino to Naples and beyond.

Returning to the surface, the area of the Palazzo de ' Liguoro of Presicce Takes you on a completely different dimension. We are at the beginning of the 1700 It is in this building, he moved the small Alfonso Maria greeted by cousin, the painter Francesco Solimena, He took charge of his first training. Alfonso later became what has been called "the most Holy of Neapolitans and most Neapolitan of Saints" (author, among other things, the famous "Tu scendi dalle stelle"). Today Paola Liguori Woman lives in a part of the building and is a promoter of cultural initiatives aimed at living environments that much history and looked to bring development in the district.

At this point, If you want to enjoy “something” more contemporary and – certainly – tasty, you have two possibilities. The first finds right in front of the Palazzo de ' Liguori: The pizzeria "da Concettina ai Tre Santi", It takes its name from the shrine next to the entrance. Towards the 1950 Concettina – grandmother of Anthony Oliva, current owner – He had started making fried pizza down the street, near the newsstand of the three Saints (S. Alfonso, S. Anna S. Vincenzo). Little by little the business grew and today, with Cyrus (son of Antonio), It has come to the fourth generation of pizza makers. In recent years the Oliva have embarked on a virtuous development path, that joins the gastronomic quality and originality of products participation in cultural and social relief. The second possibility, is from ’ other side of the sidewalk a few metres further ahead: the pizzeria “Albert and sons”. Even this pizzeria has its origins in the ’ war (1945) and l ’ present owner, Alberto Izzo, There he began working in 1975. With time, the work and the will has become the establishment owner and was joined by his sons Pasquale and Salvatore, with new ideas and great professionalism, have the firm intention to continue the tradition of this historic pizzeria.

After the healthy parks in pizzeria, down the via Arena are the Palazzo Sanfelice, real Pearl of architecture of Naples, designed by the same Sanfelice to his home. The Palace, built between 1724 and the 1728, is of enormous charm, scenic especially in the two courts that follow one another along the way. In fact the original scala "snail", terminating the smaller courtyard, It was chosen by Roberto De Simone as a template for the scene of an act of "Gatta Cenerentola". The second courtyard, in which there is the astonishing scale "for Falcon wing", was the set of the film adaptation of "ghosts" by Eduardo De Filippo. 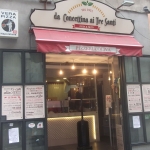 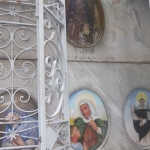 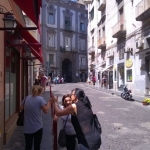 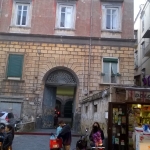 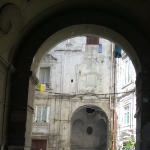 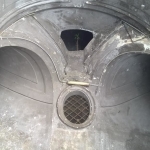 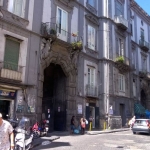 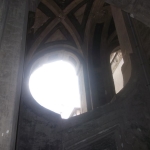 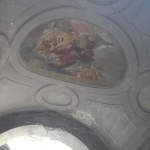 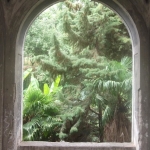