Hospital and Park of St. Gennaro

If you are to follow the Corso Amedeo di Savoia, halfway between the round of Capodimonte and the bridge of health, the road "falls" on the left side towards the ramps and Cavone by S. Gennaro dei Poveri, leading to the street and, then, the hospital and the park dedicated to the Patron Saint.

We are in the area of the Sanità district closer to the catacombs of St. Gennaro where, in the early 1800, dominated the campaign. A place for monks or for sick ... And in fact the hospital dedicated to the martyr Saint born, in 872 a.d., as a Benedictine monastery and then, among the 1440 and the 1600, He was assigned to a place of shelter and care of plague victims. Today is still operating a public hospital; but the emergency room was closed a few years ago and health emergencies of locals are entrusted to the Patron Saint, whose effigy – carved in stone by Cosimo Fanzago – You can admire the spectacular façade of the hospital building, next to S. Peter.

In the same Piazza San Gennaro dei Poveri – right in front of the Hospital – you can access the Park, large green area converted from an old vineyard, in which alternate paths in Tuff, beds of various sizes and meadows, flowers, plants and trees. Just beyond the walls of the Park, draws its harmonious profile in the sky a Mediterranean pine, Classic Neapolitan views; and, in the distance (North), You can admire the spectacular dome of "Small S. Peter " (Church of our Lady of good counsel, in Capodimonte). In addition, in the middle of the park there is a multipurpose facility, a soccer field and a usable track for skating.

In short, the Park, with an area of about 6.500 MQ, looks like a green oasis where you can escape from the traffic of the area – even for just a few minutes – and be able to even hear the chirping of birds.

But, in the context of the ward, even that which seemed just a space for leisure activities has become a symbol of social redemption and combating local crime.

In just seven years, the Park has already had two "lives". In fact, it has been opened in 2008, in an area now abandoned, for local citizens ' initiative, "tired of the lack of places of sociability and leisure, eager to enjoy green spaces and social spaces, they regained a legitimate right " (to quote the words used at the time of Ward's Blog www.quartieresanità.org ).The citizens themselves have formed a Committee, because this public space is not only just a place of leisure and gaming, But even space dedicated to socializing and growth for young and old, through the Film Forum, self-managed workshops and other initiatives for the development of critical awareness, comparison and cooperation.

In may 2011, though, the Park was closed due to vandalism that made him unfit for use. Then locals, with the support of various representations of social associations, He again rolled up their sleeves so the Park was reopened to the public in April 2014 and today it's once again ready to host-managed or institutional initiatives. Touching is the license that you can read at the entrance, to whom is entrusted the memory of Amanda page, the mother of a girl from the neighborhood, that is committed to reopening the Park and disappeared suddenly on the day following the inauguration of the reopening.

At this point, You'll wonder: because the Park has been vandalized and still continues to be the subject of acts of hooliganism? We do not want to entrust the response to considerations from "maximum systems", but we wish to leave you a little "cause for reflection": a place where people can breathe air clean and children can play and have fun enjoying leisures appropriate for their ages is a garrison of legality that subtracts those same people to other types of interests … In short, the beauty of nature and the innocence of children to someone can be a scary! 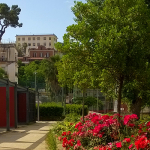 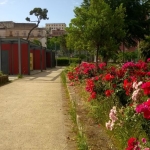 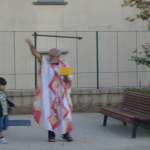 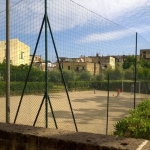 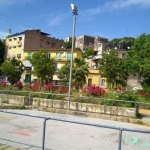 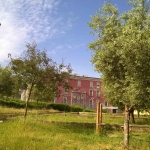 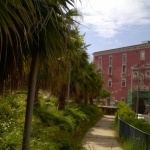 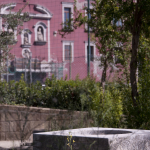 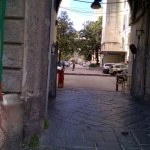 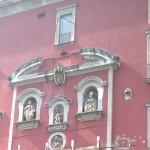 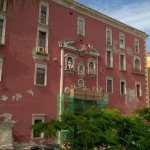