Goal primary is promoting the socio-cultural development of the Sanità district (and surrounding areas), one of the most populous neighbourhoods of Naples (about 50.000 inhabitants), creating an opportunity for creative engagement targeted primarily at young people and minors at risk.

This commitment will be made, in particular, with the set up and organization of a "craft Lab, traditions and creativity ", ward where young people can find an alternative to way to occupy your time in a more effective.

Compulsory school-age boys to the workshop will constitute a form of commitment "Afterschool" while, for older kids, will also be the occasion to start learning a job.

With the set up of the "laboratory" aims, In addition, a "identity", as the "Lab" itself is thought of as a place where teaching and learning to do under the common denominator of creativity and of the technicalities, with particular attention to popular traditions Naples and the value that they may have for the mature and healthy development of the new generations.

The lines of activity the lab identified are as follows, taking into account the expertise present in the applicant group and associations partner:

The Sanità district and neighboring areas, just outside the ancient walls of the Greek Roman Naples, are included in the old town area of Naples recognized by UNESCO as a world heritage site. Despite the rich history, cultural and artistic environment of these places, large sections of the population live in situations of degradation related to unemployment and the spread of organized crime.

This situation will inevitably and sadly reflects on young people living in the area, determining high school dropouts and unemployment. The negative context is exacerbated by the lack of opportunities for cultural growth and complementary facilities and support services to schools.

The Association invites NAPLES – in accordance with the institutional aims – does not consider the protection and promotion of the cultural identity of Naples and Neapolitans as an end in itself but as a foundation on which to build social development opportunities for the city's population, particularly for people most at risk of exclusion or deviance.

In addition, in this perspective the Association – taking into account both the provisions of the triennial programme of activities defined last year – pays special attention to the theme of the work as both social and civil law (place at the Foundation of our Republic) both as a particularly noble mode of expression of the identity and value of the person.

Animated by these understandings, the Association will give life to "Experimental craft and creativity" Thanks to the meeting (and the sharing of reference values) with the Association "grow together" and with the theatre company "Creative Delirium".

In particular, These three individuals who will carry out the project have seen converge their own business on the belief that the discomfort, the deviance or social exclusion not irreversible conditions must be taken into consideration or convictions "for life" but situations from which they cannot exit regaining greater mastery and self-awareness. Play a decisive role in this path to liberation from fear and leave space, on one side, the development of the knowledge and culture especially if tied to their traditions and, on the other side, at positive emotions, as fantasy, imagination and creativity. The process of reappropriation of oneself You can also complete with a factual production artistic or handicraft result of which they can recognize authors.

The laboratory will participate in a Youth Group of the Sanità district (and/or the surrounding area) appropriately selected among teens who – for personal or family responsibilities – are experiencing situations of social disadvantage and underdevelopment. The selection will respect criteria of openness and transparency and will be entrusted to a Commission composed of representatives of the three parties who will implement the project.

In the ensuing activation of Lab will be submitted to the contribution that the Association grow together and Creative Delirium theatre company will provide to the project. In particular, the Association grow together – which is based in the former convent of the Immaculate and S. Vincenzo (in the square S. Vincent health) – has premises equipped, even with a small theatre, and a garden with a Bandstand. It also has a lab with oven, for ceramic and terracotta works, and has a good production of art crib (that can be seen by visiting www.nonsolopastori.it). Currently growing together also operates a counselling centre and psychological counseling and after-school activities.

The Creative Delirium theatre company, for years, successfully using an original methodology approach to acting technique, based on creativity and collective improvisation, also to involve people living in situations of social difficulty (among other things, the company is implementing a project to bring the theatre in prisons in Campania)

Premises and equipment provided by growing together will allow then to adequately support the activities of the laboratory. The project will finance, Instead, mentoring and the purchase of the necessary materials. The workshops will then take part in craft instructors who wish to devote some of their time to this initiative amicably. 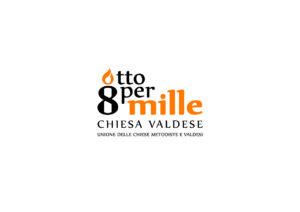