If you find yourself at the entrance to the old continue along via Foria Subway, despite not seeing them, you're skirting the walls of late medieval Aragonese Naples, that – today - here are testified by the door of Saint. Gennaro (a valuable painting by Mattia Preti depicting the Patron Saint).

Right in front of the door, on the other side of via Foria, You can penetrate the Rione Sanità entering in the old "Borgo" of Virgins.

The village was built, in its present form, at the end of 1500 in a valley that is used as a burial ground since Greek- Romana (the "Virgins" were in fact men devoted to temperance and-in fact – for chastity, they were part of a political religious communities towns of that ancient era called "siblings").

Here the Neapolitan traditions blend with multiculturalism of the contemporary metropolis, that in our city takes on a particular color and warmth. Among the spaselle fishmongers can see prowling, with consummate skill, new residents coming from Eastern European countries, but it also happens that Neapolitans of the place they go to buy Ukrainian or Asian stores in Borgo. The ROM and the large community of Sri Lankans (o Sri Lankans) meet with vendors of fruit and vegetables, that still "give voice". Often get confused smells of pizza and pastries pastry shops with those of Oriental spicy foods. It's, in the neighbourhood of via Cristallini, you might meet an original old from straw hat "with seafood" ...

Right in the heart of the village Virgins, If you want to enjoy a good local wine, You can take a break (near the Supportico Lopez) at Ancient Cellar Sepe where do you find to welcome Francesco, a polite and personable young man from moustache style – surprisingly – Belle epoche. For nearly a century the Sepe held, in the Rione Sanità, the ancient craft of "cantiniere". "Cantiniere" is something more than just vintner ... the "cantina" has always been a popular venue for socializing, animated discussions often (In vino veritas) but also entertainment from daily problems.

All this – and more – You can find in the history of the winery Sepe, as the says Francesco, I came back from work experience abroad just to pick up the baton left by previous generations and, In brief, will become sommelier of its Italian Association (AIS). The story begins in 1926 When the great-grandfather of Francesco, Giuseppe Scognamiglio (said don Peppe ò craparo), opened its first "cellar" in via Sanità 32: It was a gathering place for many people in the area who met there to drink wine (sciaquanti) and spending hours and hours between cooked very simple laughter, quarrels and partying ... "simply being in a place that welcomed the whole neighborhood!"In 1945 the son-in-law of Joseph, Francesco Sepe (Don Ciccio), He opened the first stores in the area Miracles-health, mainly used for the sale of wine in bulk and basic necessities, "establishing itself as male symbol of place and great trader, well liked from the whole neighborhood for his generosity and nobility of soul ". In 1977 Antonio Sepe, little more than an adult, now fatherless, was the only one of eight siblings who devoted a lifetime to the family business "by bringing up the name of the same; with a passion for wine and great spirit of sacrifice "failed to detect the 1997 the old cellar of his grandfather Giuseppe in via Sanità. From 2006 the activity was established in the old village Virgins.

The village of Virgins is also a place of great historical and cultural interest, predominantly Baroque architectural style, with a high "density" of churches and palaces. The noble residences, in particular, they were built at the behest of the noble families of the time, I decided to go and live in this place and especially single transit route used, at the time, from Kings to go from the Royal Palace to the new palace built in the Bosco di Capodimonte.

Along the way you meet some of the most fascinating architecture such as the majestic staircase "to Falcon wing", in the courtyard of the Palace said of Salem, or the understated but warm façade of the Church of Santa Maria dei Virgins (where was baptized S. Alfonso Maria de ' Liguori – the author of the popular hymn "Tu scendi dalle stelle" – who lived in the Rione Sanità). 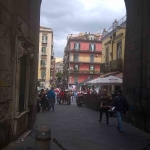 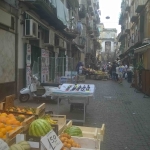 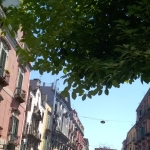 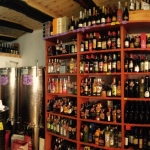 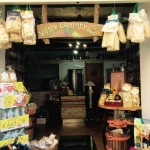 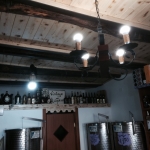 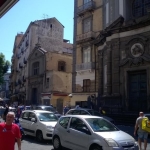 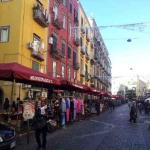 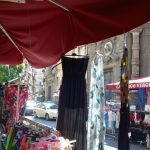 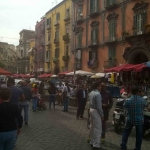 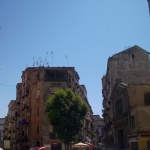 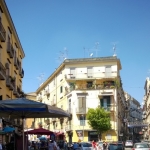 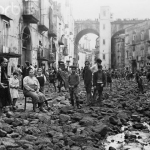